The ‘Top Field Wall’ is made using the drystone walling technique, which is widely used throughout the Lake District. As the roots of the oak tree growing behind this section of the wall get pulled around in turbulent weather, the stones start to shift and become unbalanced. Eventually they fall in again, waiting to be rebuilt into their next configuration.

The idea of an ‘elastic’, transient wall connects in many ways to Schwitters’ use of language, especially in his work: Ursonate (1922-32). An amalgam of poem, music and performance, the Ursonate is about the dissolution of language into its molecular entities. Like the Merz Barn, the Ursonate was built by the collaging together of fragments which in this case culminated in a vision of sounds, directly relating to the techniques he used when building his structures.  “My aim is the Merz composite work of art, that embraces all branches of art in an artistic unit.”… “The parts of the set move and change, and the set lives its life.” – Kurt Schwitters

In my sculptural reinterpretation Ursonate Mauer, the process of rebuilding and reconstructing was and is the most fundamental part of the work. It gave the chance to introduce Schwitter’s Ursonate to the landscape on a physical and geological level, with the Langdale Pikes watching on from across the valley. Only when the structure inevitably falls in again, will the poem be aired and potentially found. Although perhaps by then the fabric will have been eroded by moisture, swept aside by a fluffy tail or blown off by the wind – completely absorbed by the land. 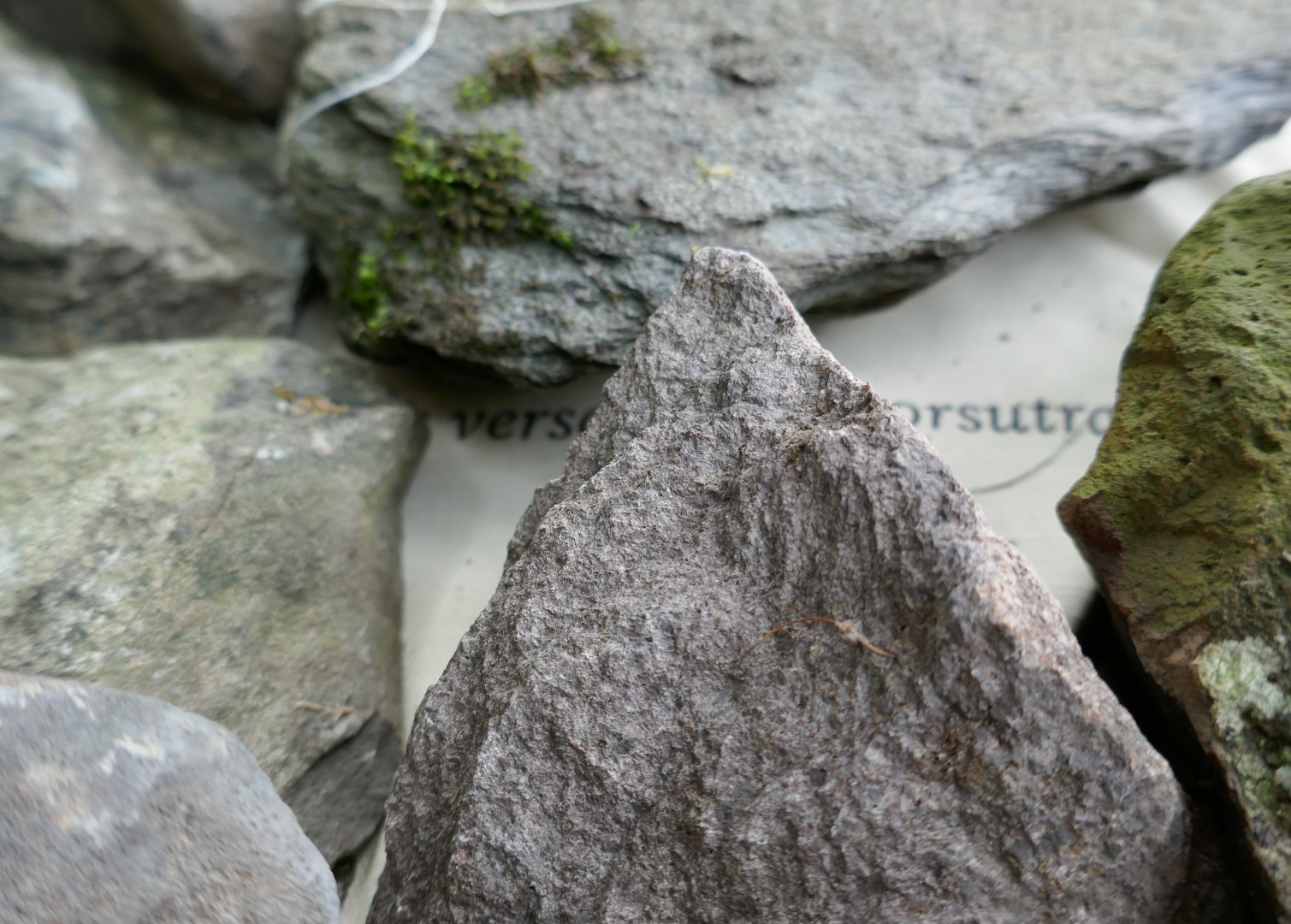 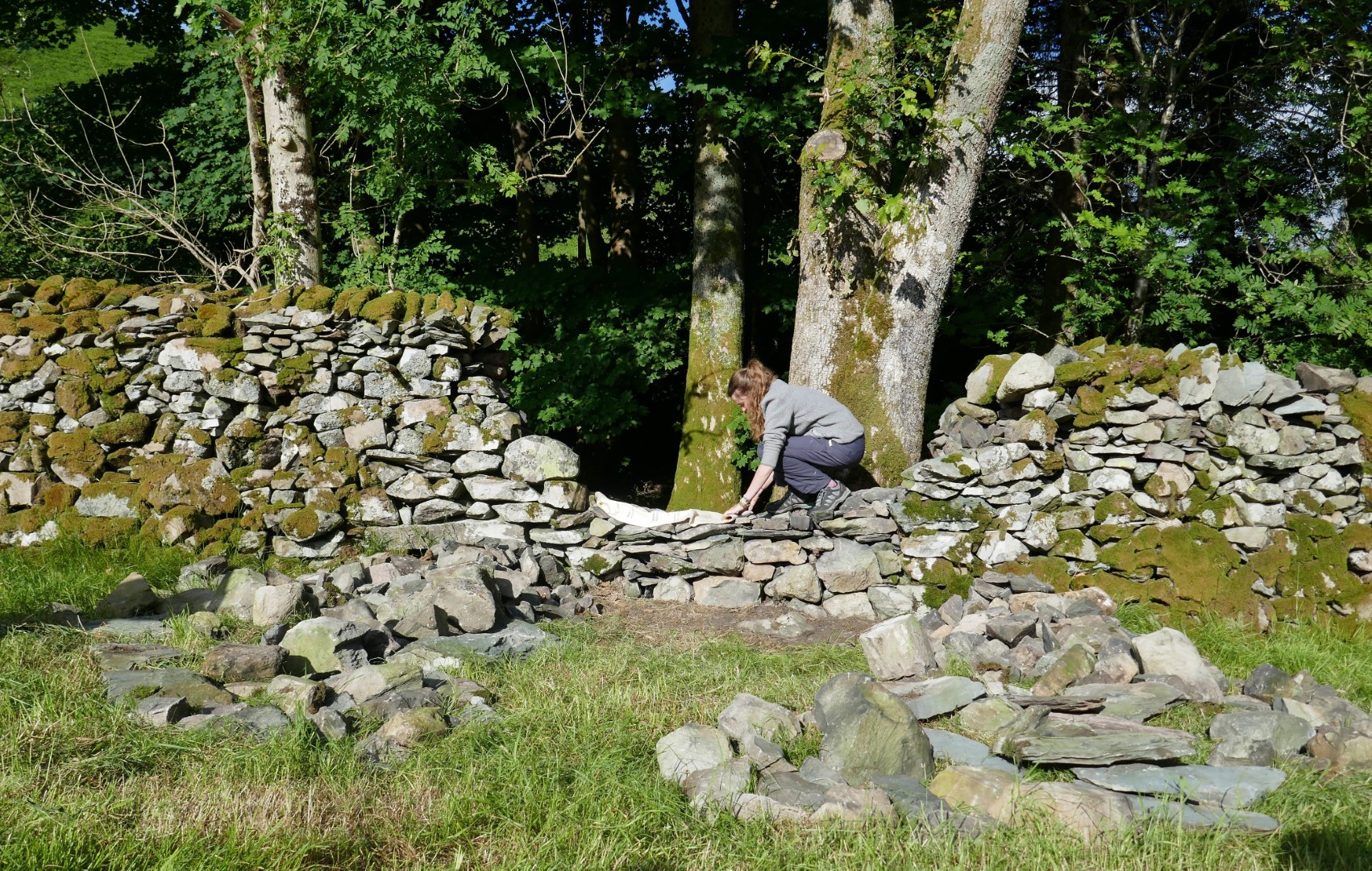 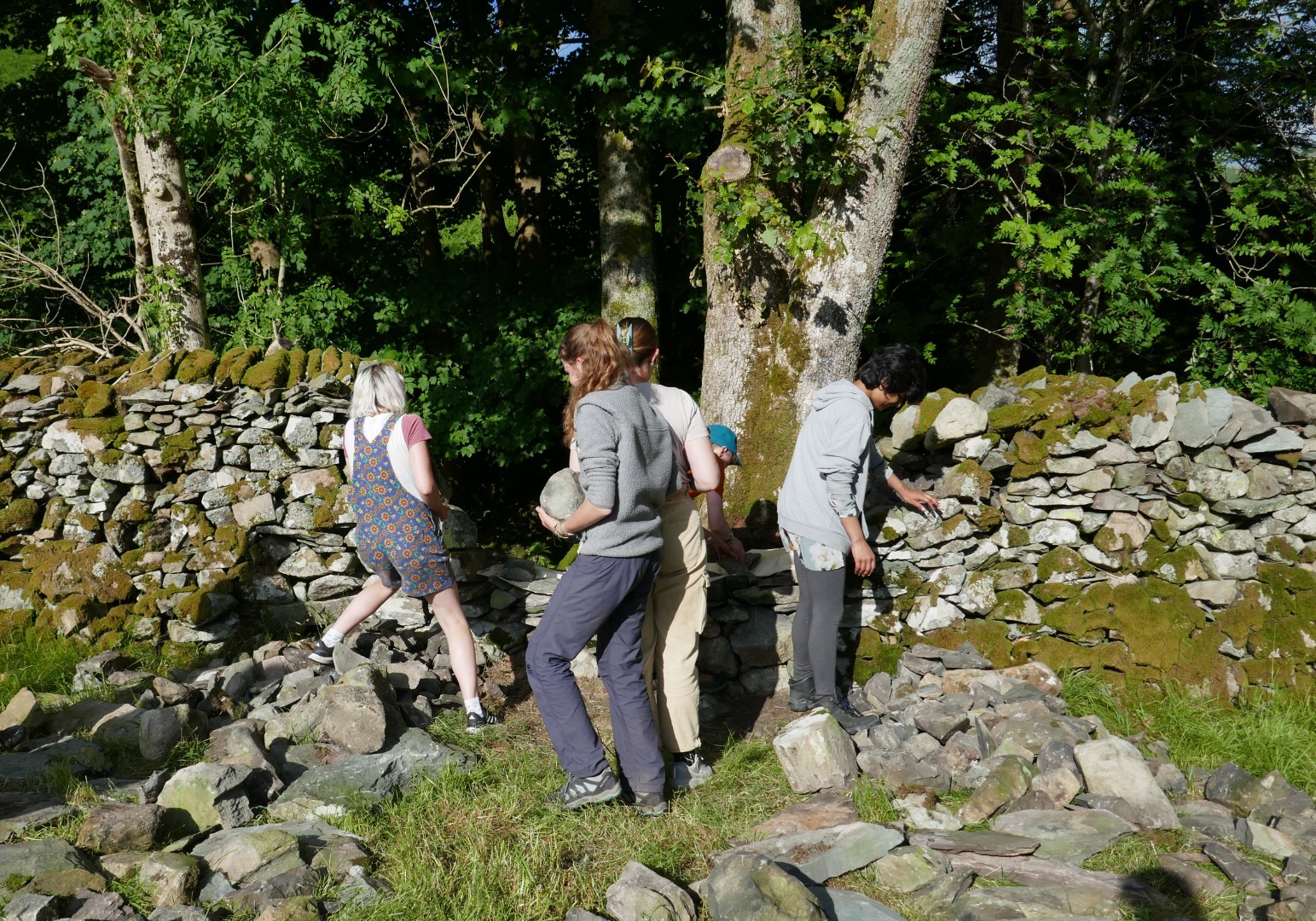 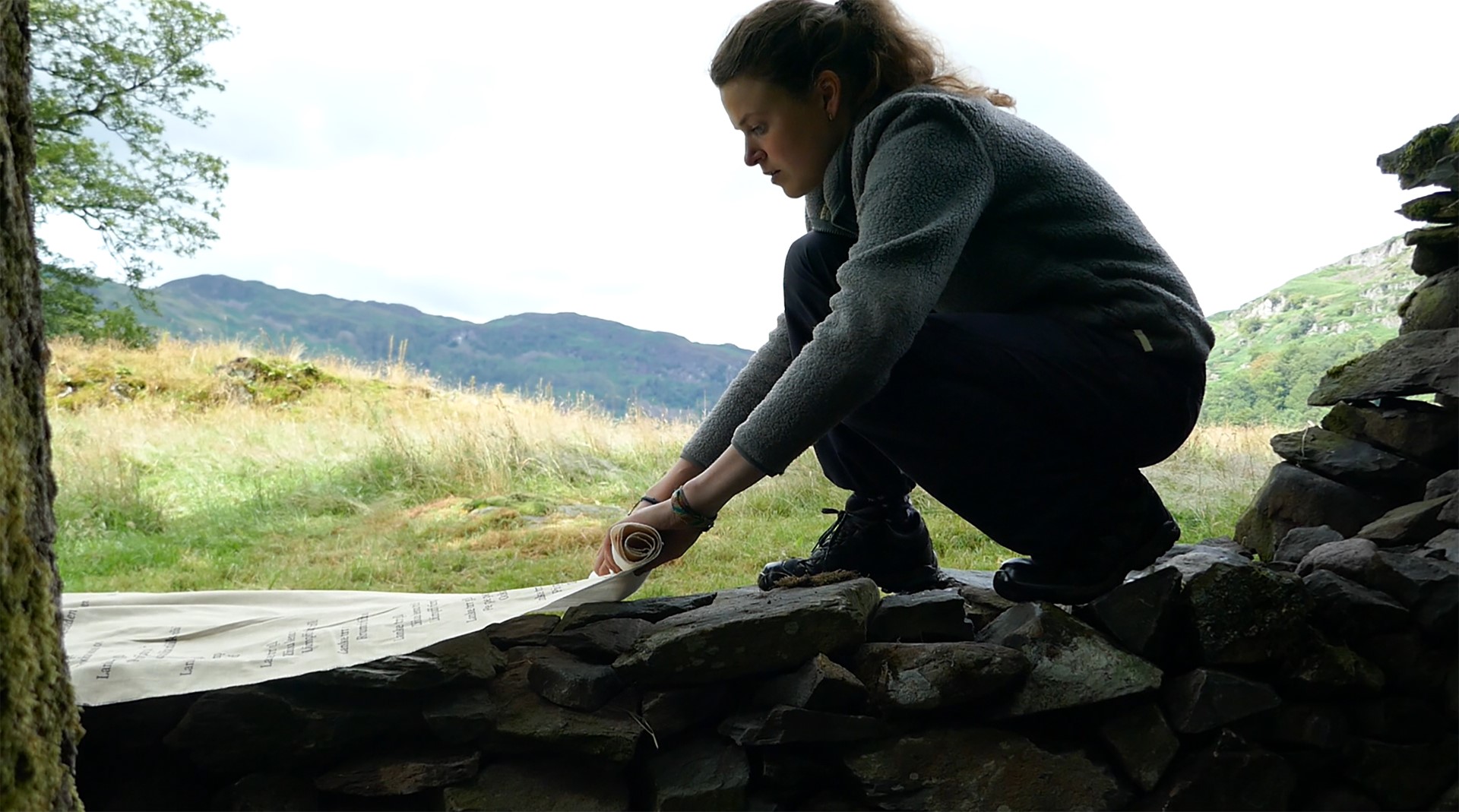 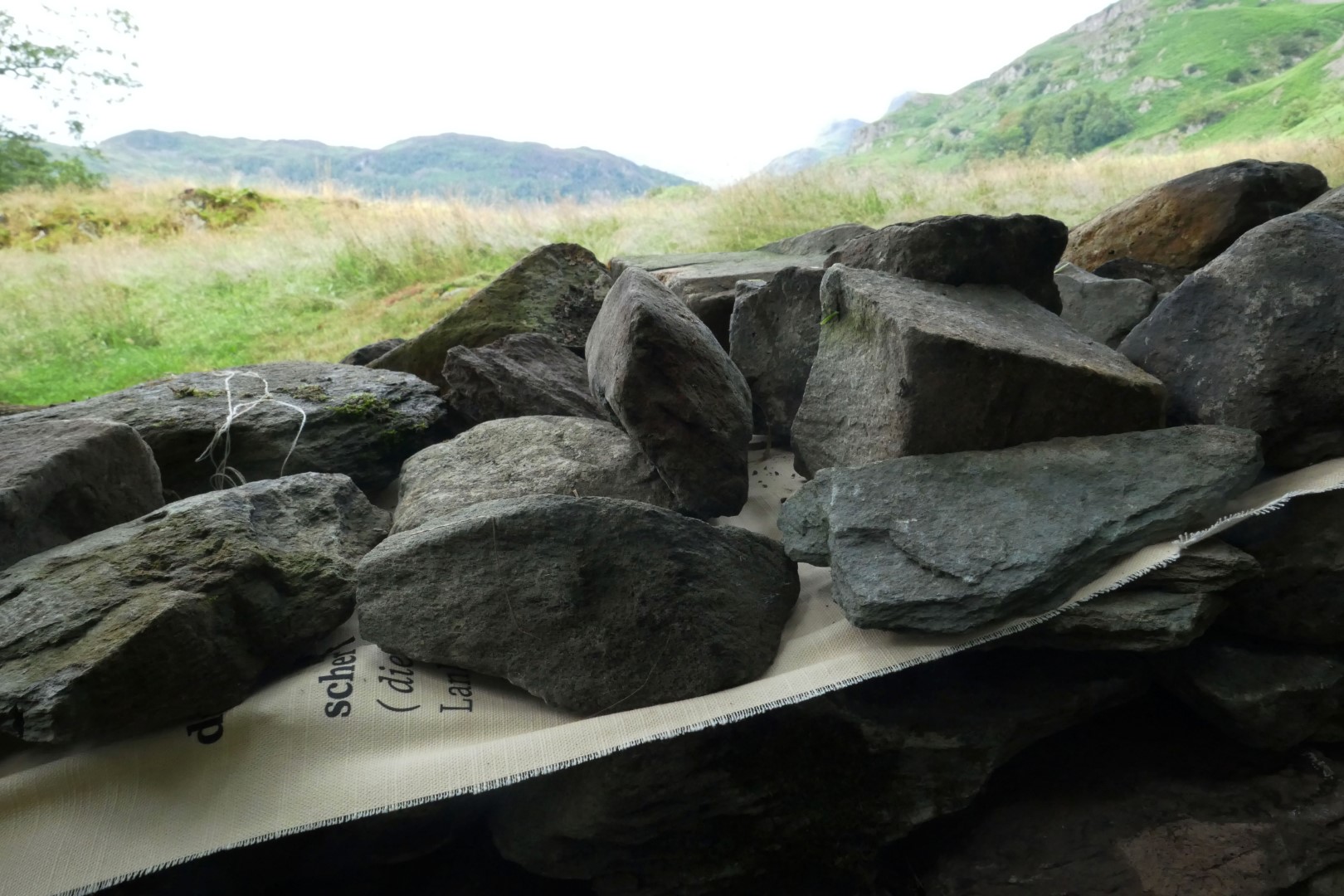 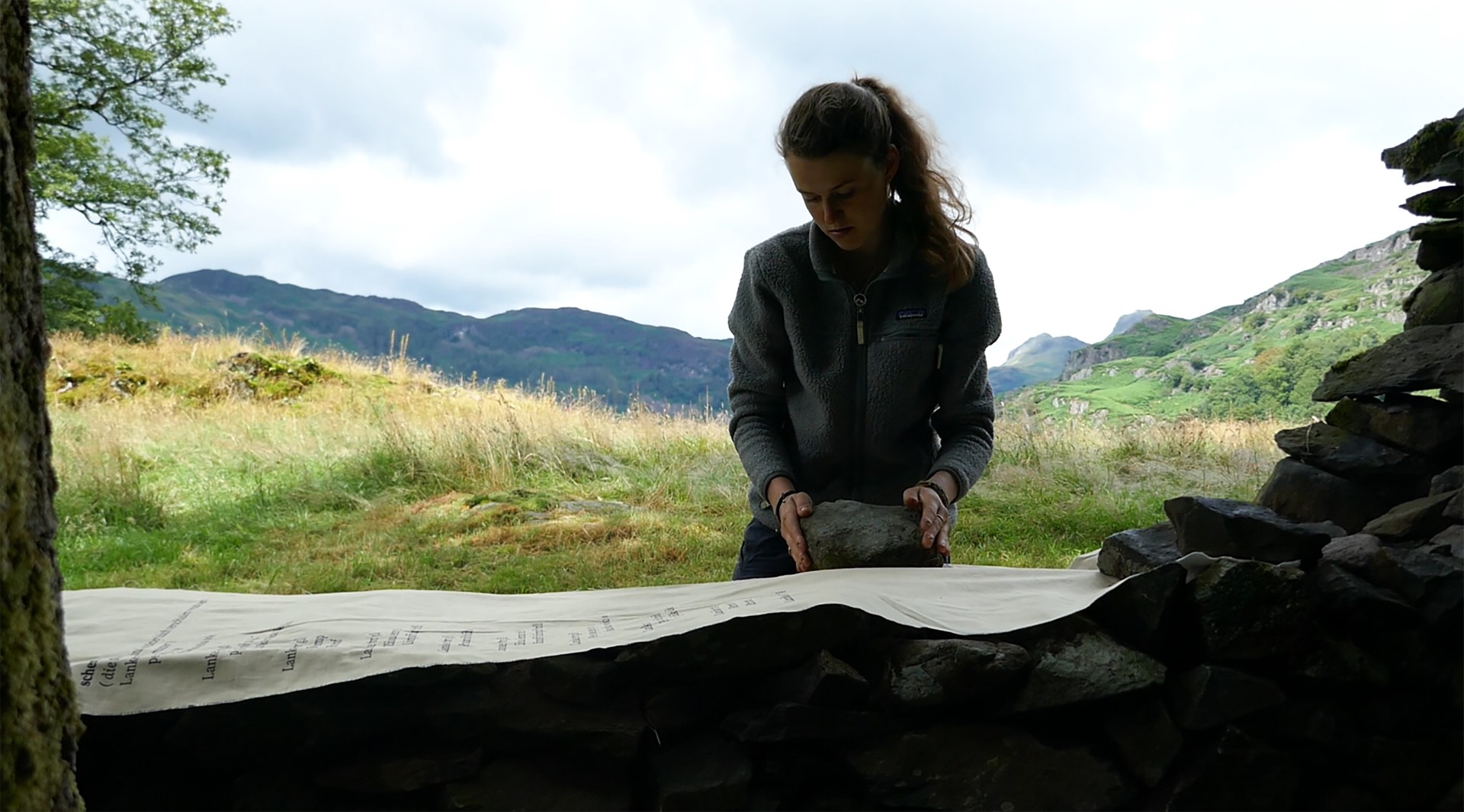 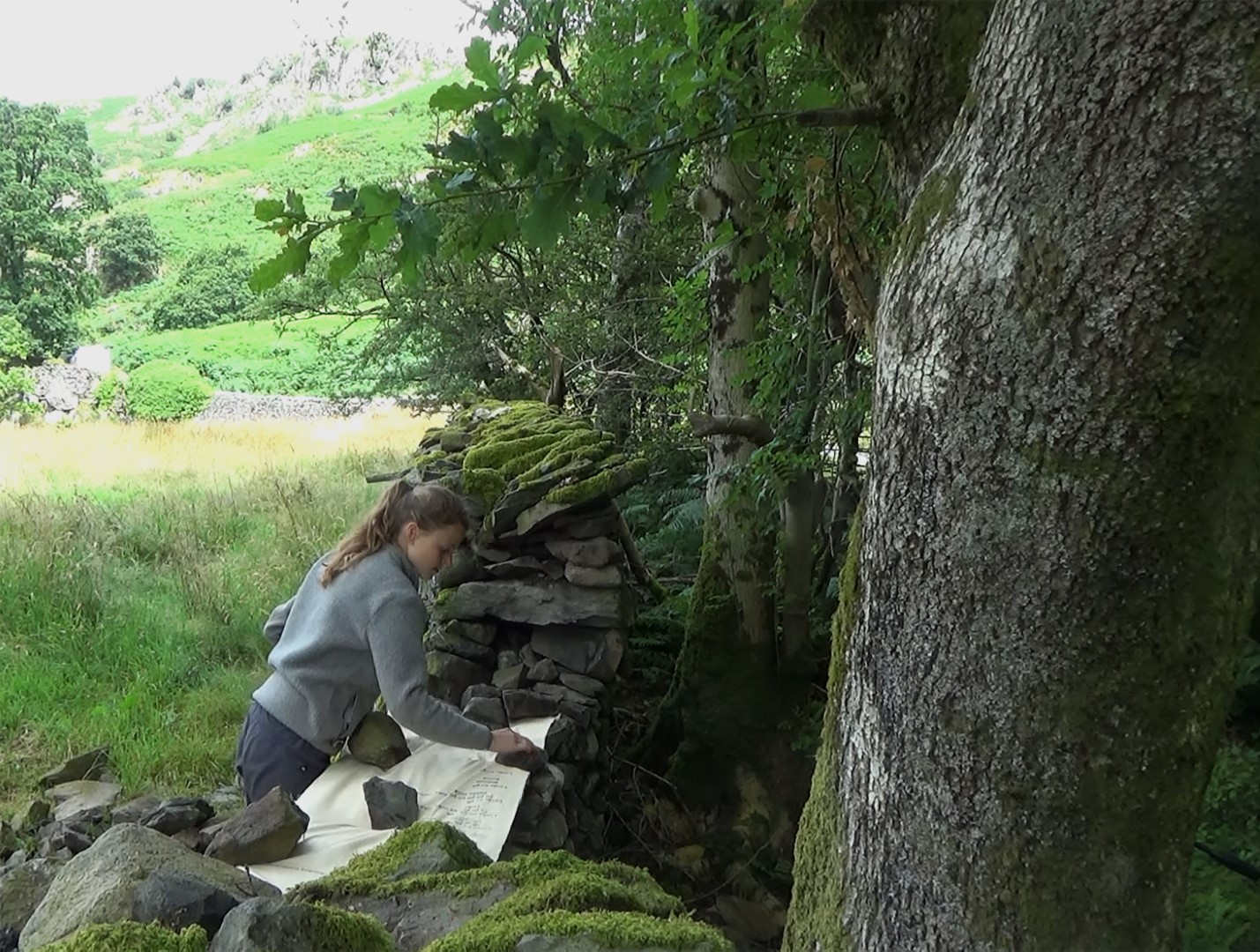 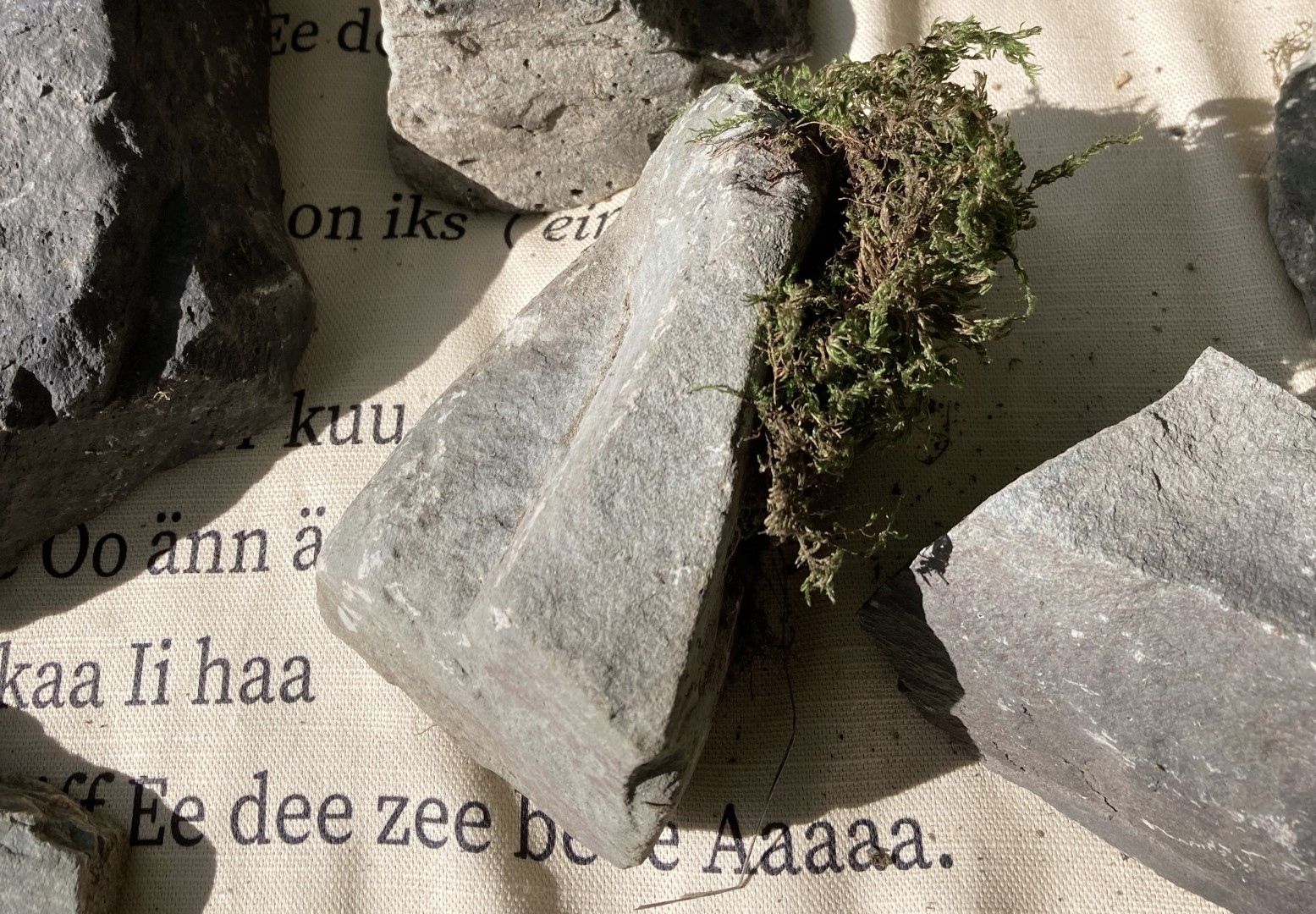 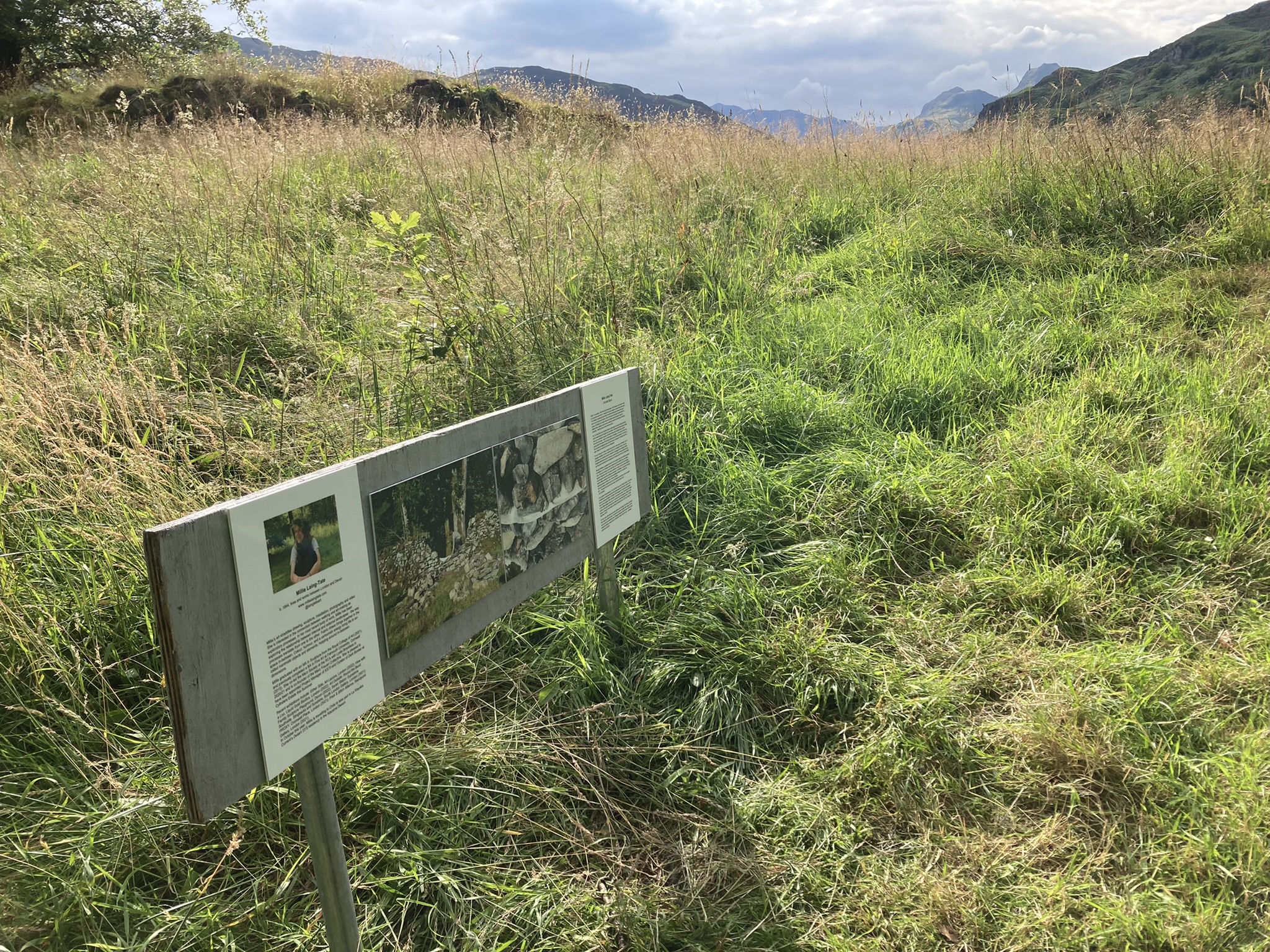 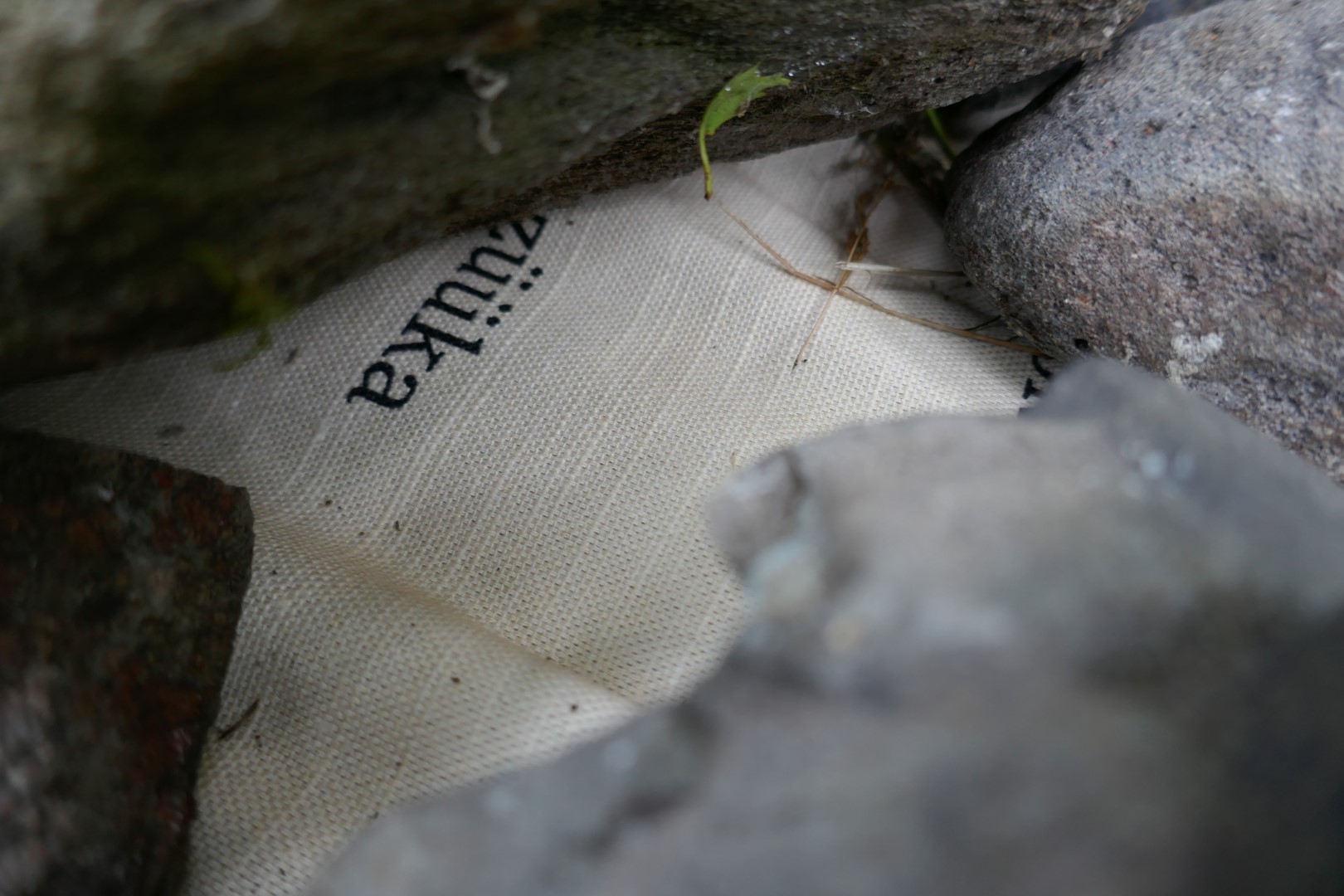 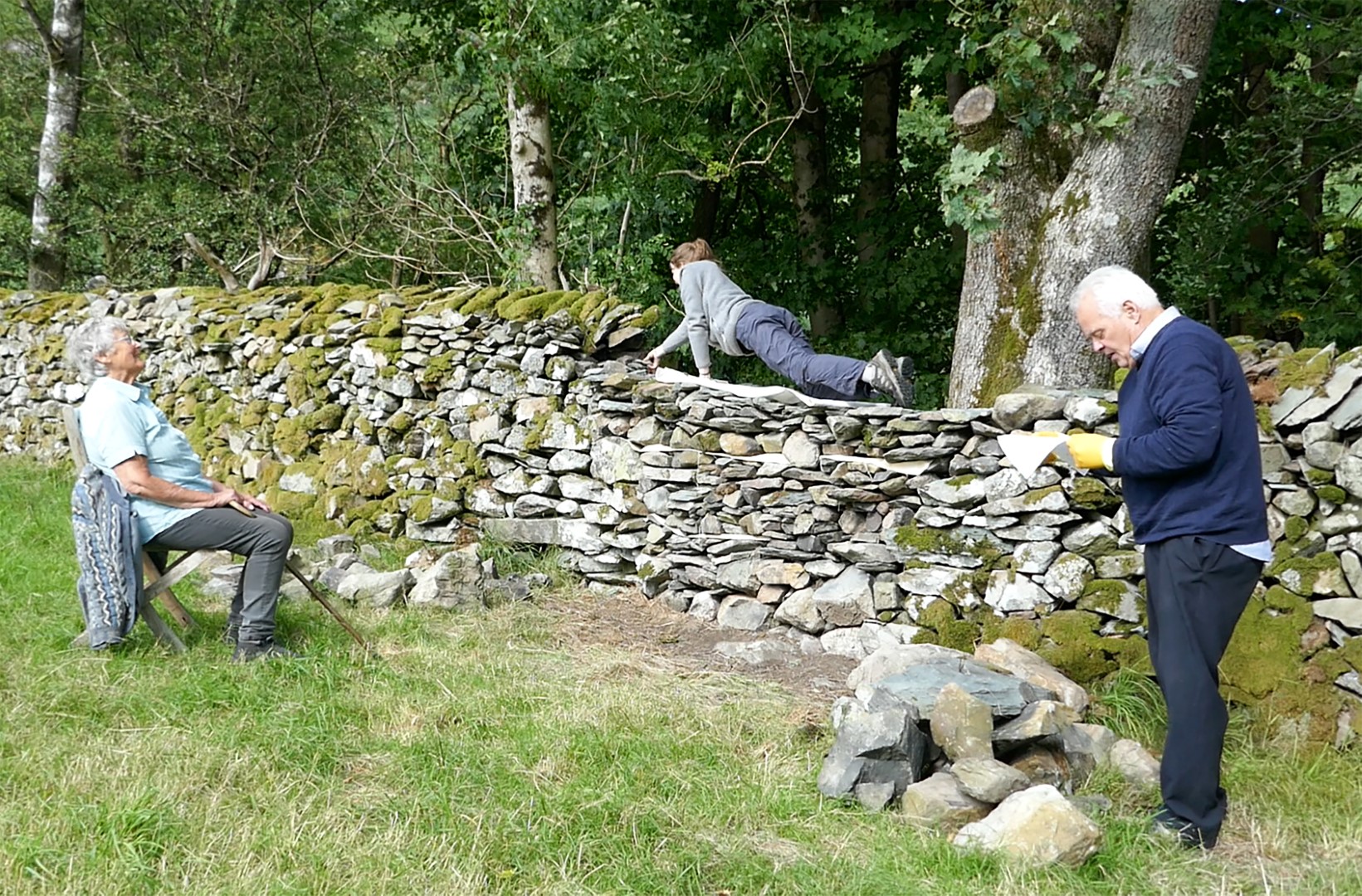 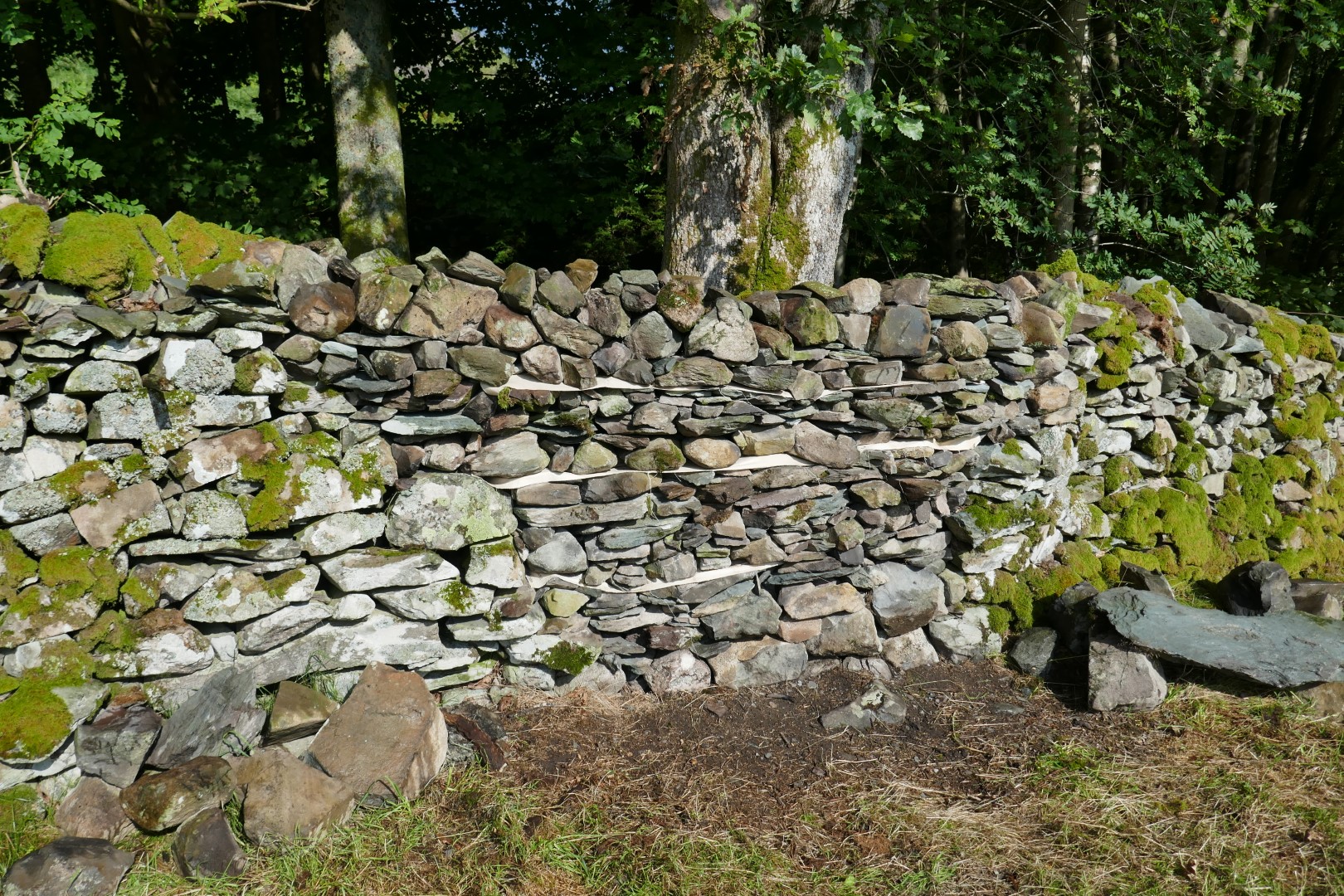 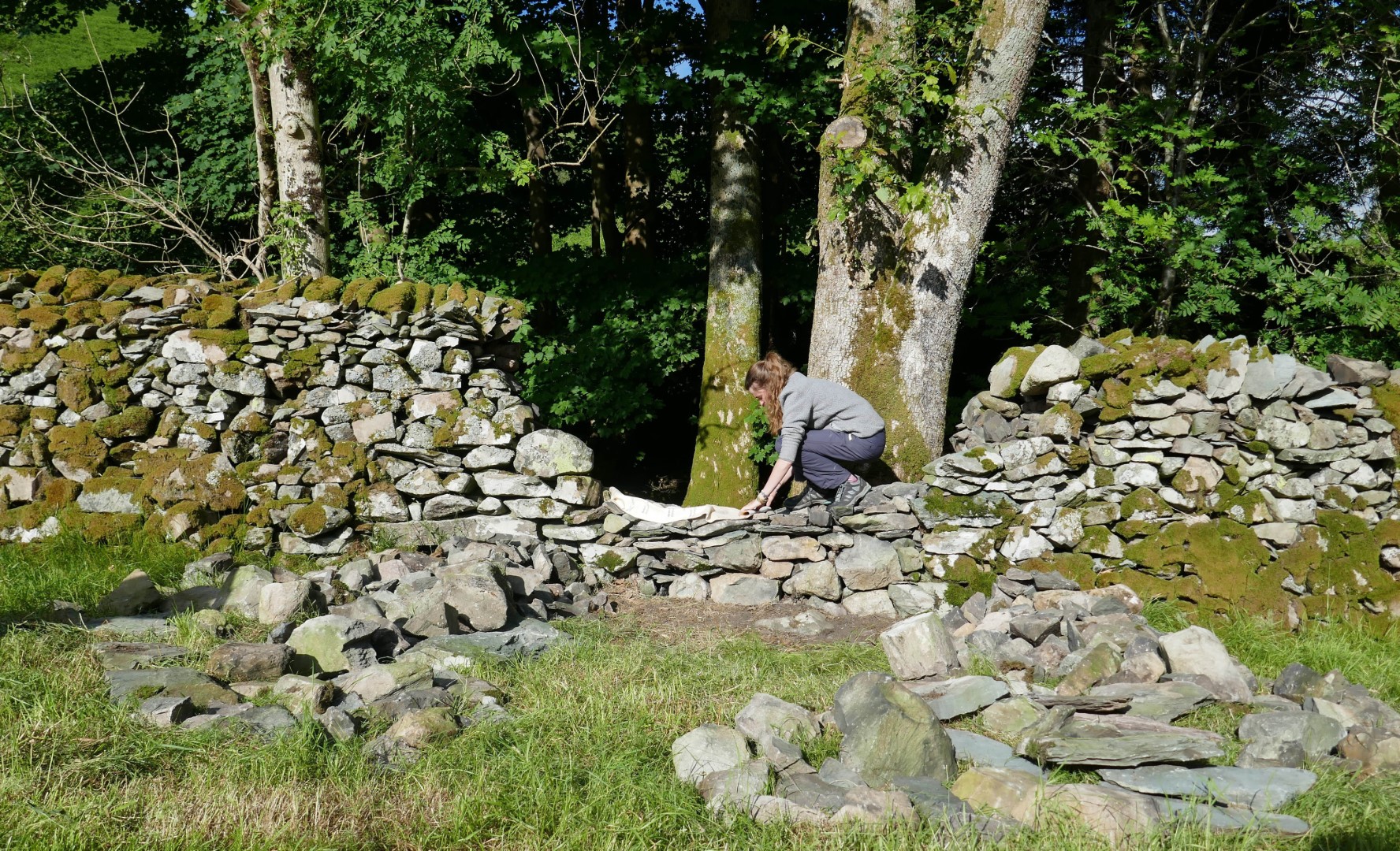