Uprooted by recent storms that ripped through this woodland and tore countless trees from the earth, this particular fir tree immediately caught my eye.

Having succumbed to the elements, the tree’s trunk had to be segmented into parts – sliced through to reveal its inner core – leaving it exposed at both ends. Despite these ordeals, the Stump that remains still seems to be holding out hope, searching for the sun.

Angled up towards the gap in the canopy, Stump’s open face looks to the sky, in conversation with clouds as they float past. Like the moment of a splash or a billowing storm-cloud, the shape of Stump’s surface echoes forms found in other elemental states. It appears at once liquid and gaseous despite its obvious wooden solidity, as though the only thing containing its patterned innards is the curvy bark lining wrapping around its edge.

When light beams through neighbouring trees, the shadows cast by their leaves reach down to play. Choreographed by the wind, they start to dance around on Stump’s surface, shimmering and flickering atop the grain.

On a dull flat day when the sun is overcast by grey, Stump follows suit and stays dormant, patiently waiting to be reinvigorated once the light breaks through. 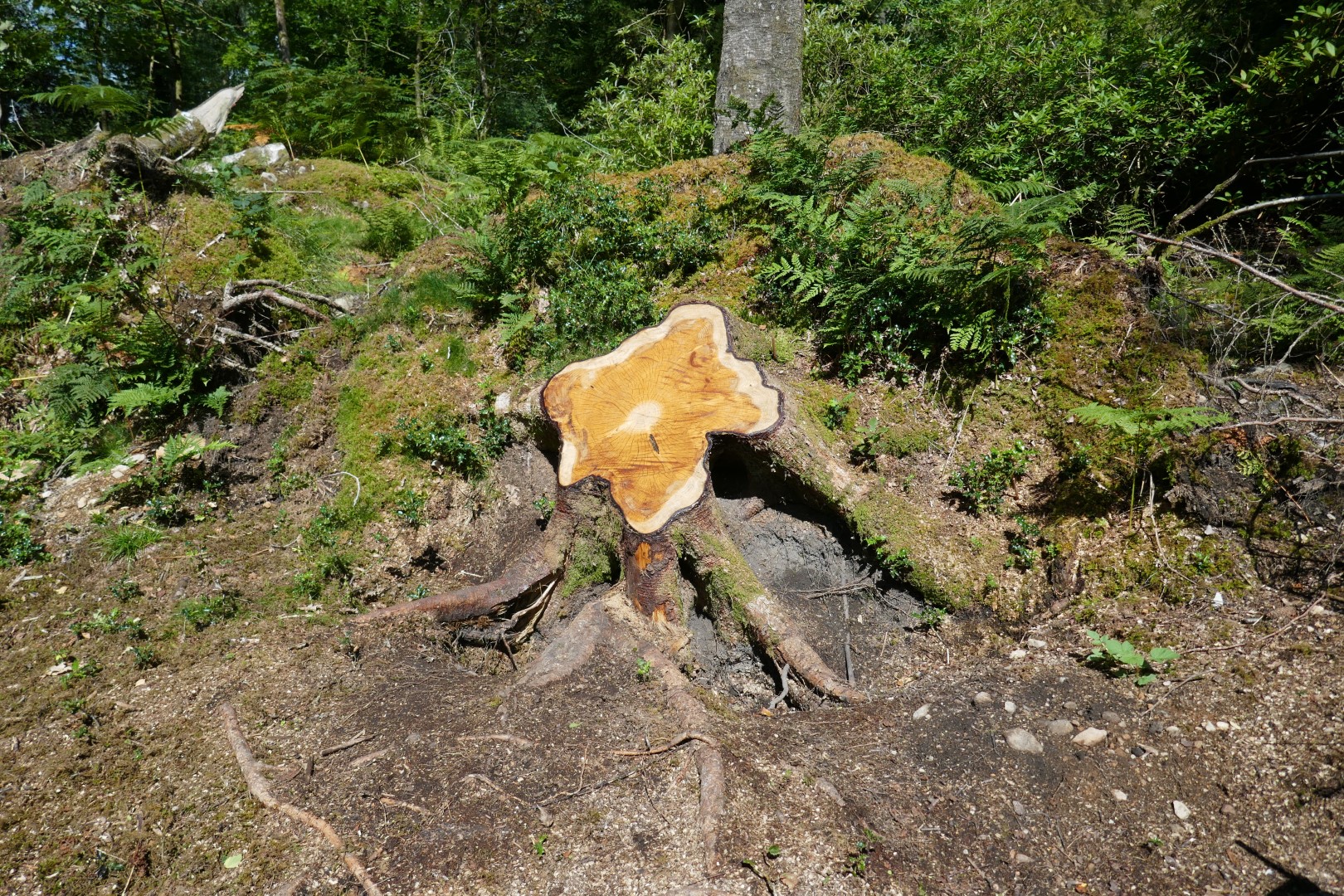 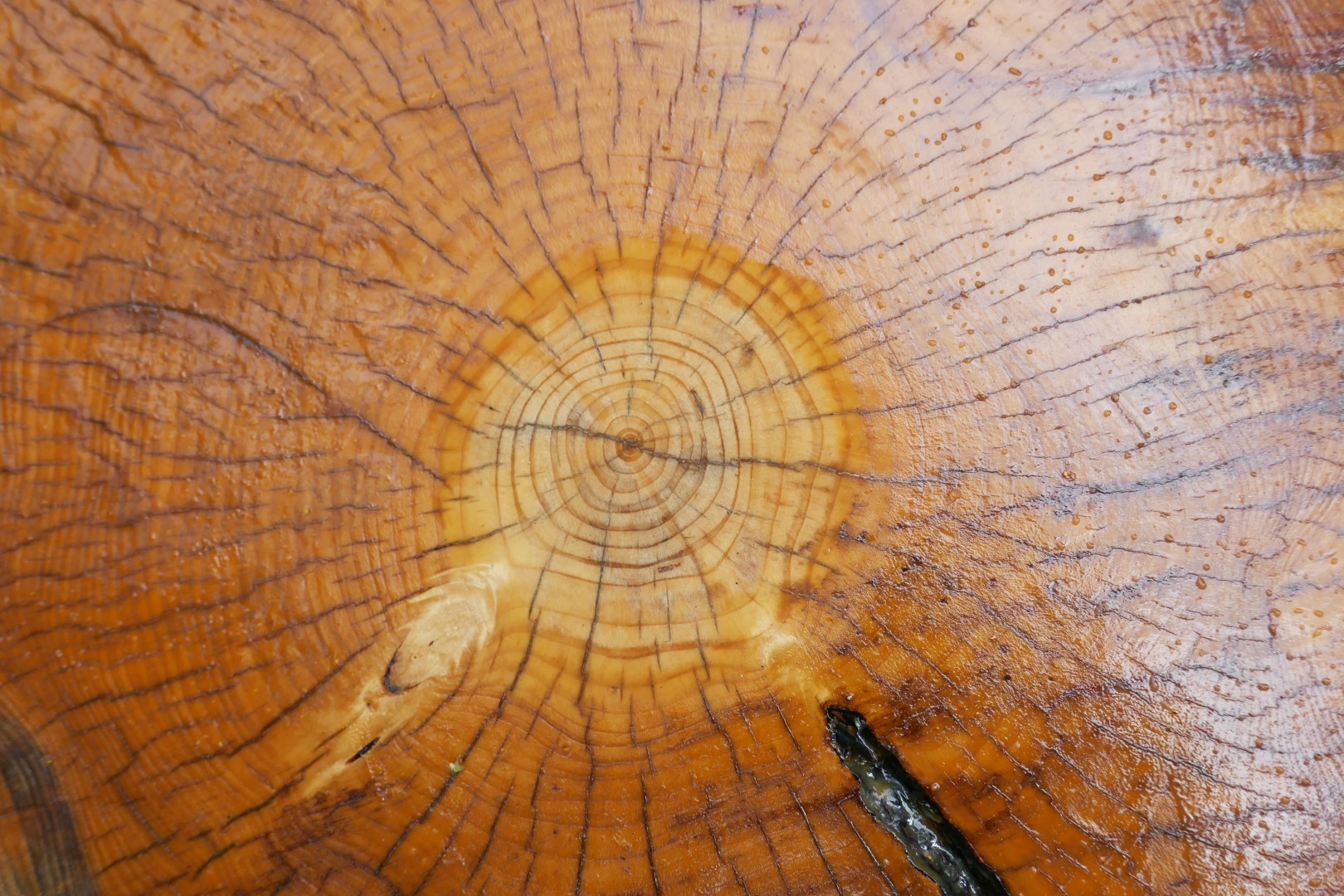 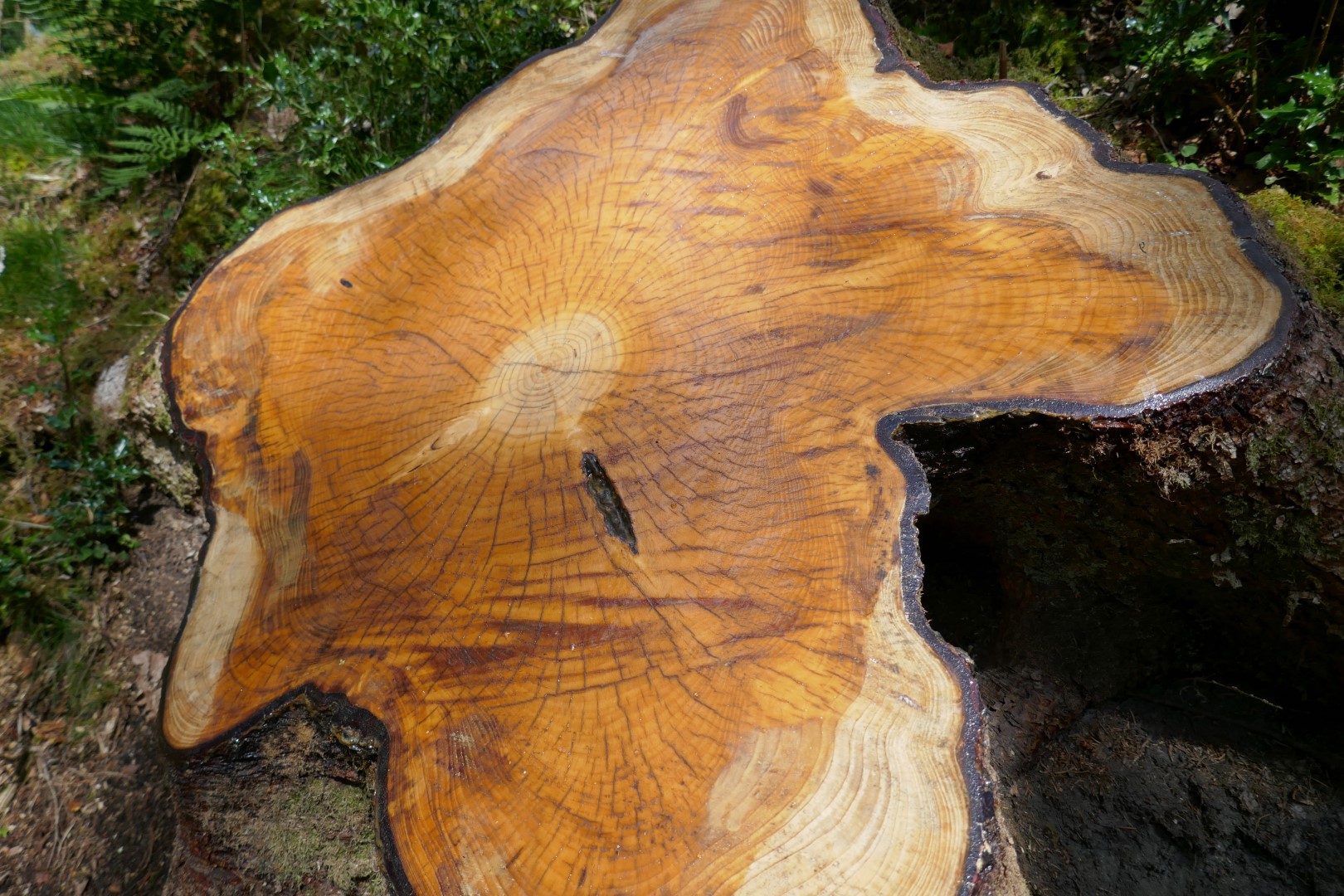 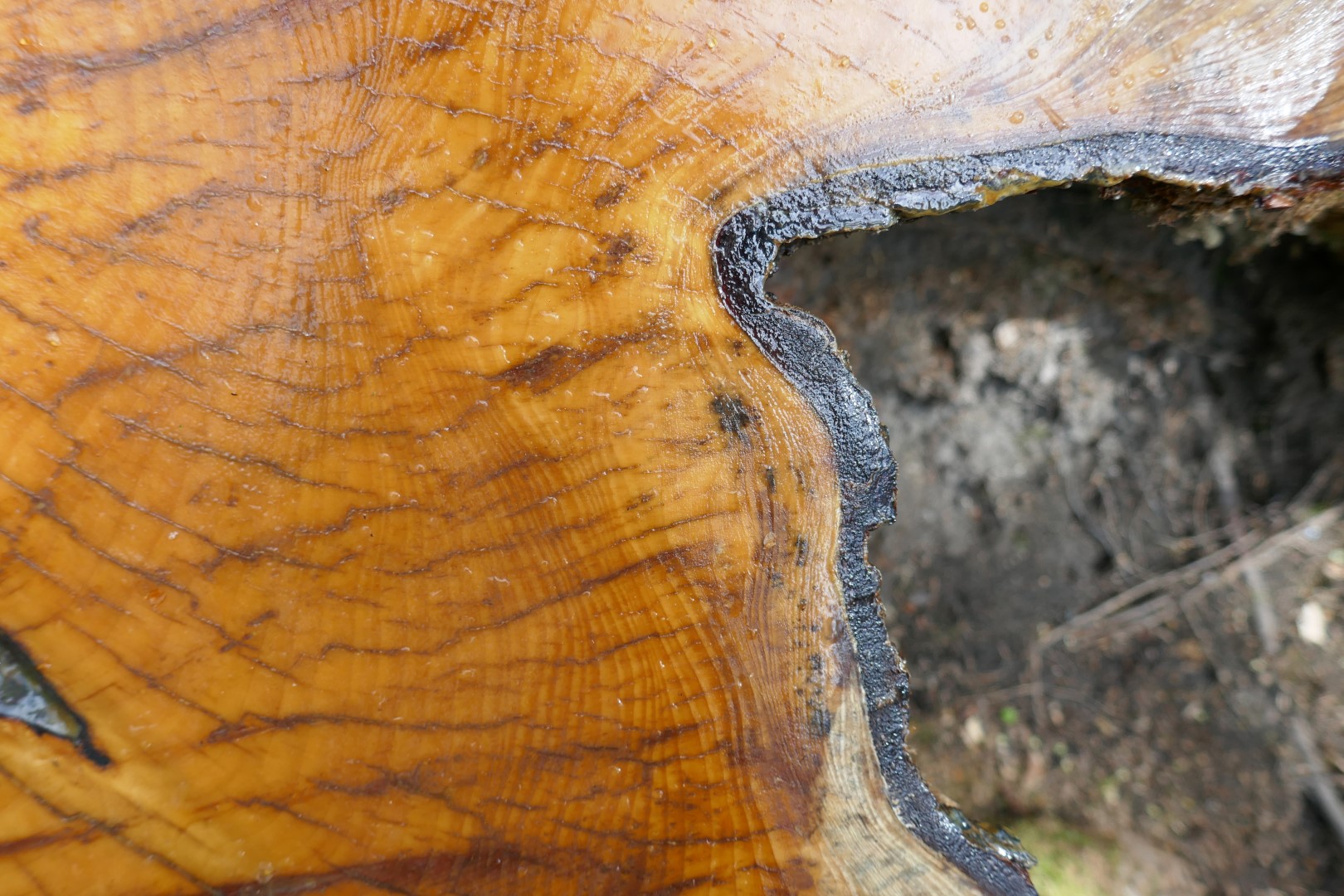 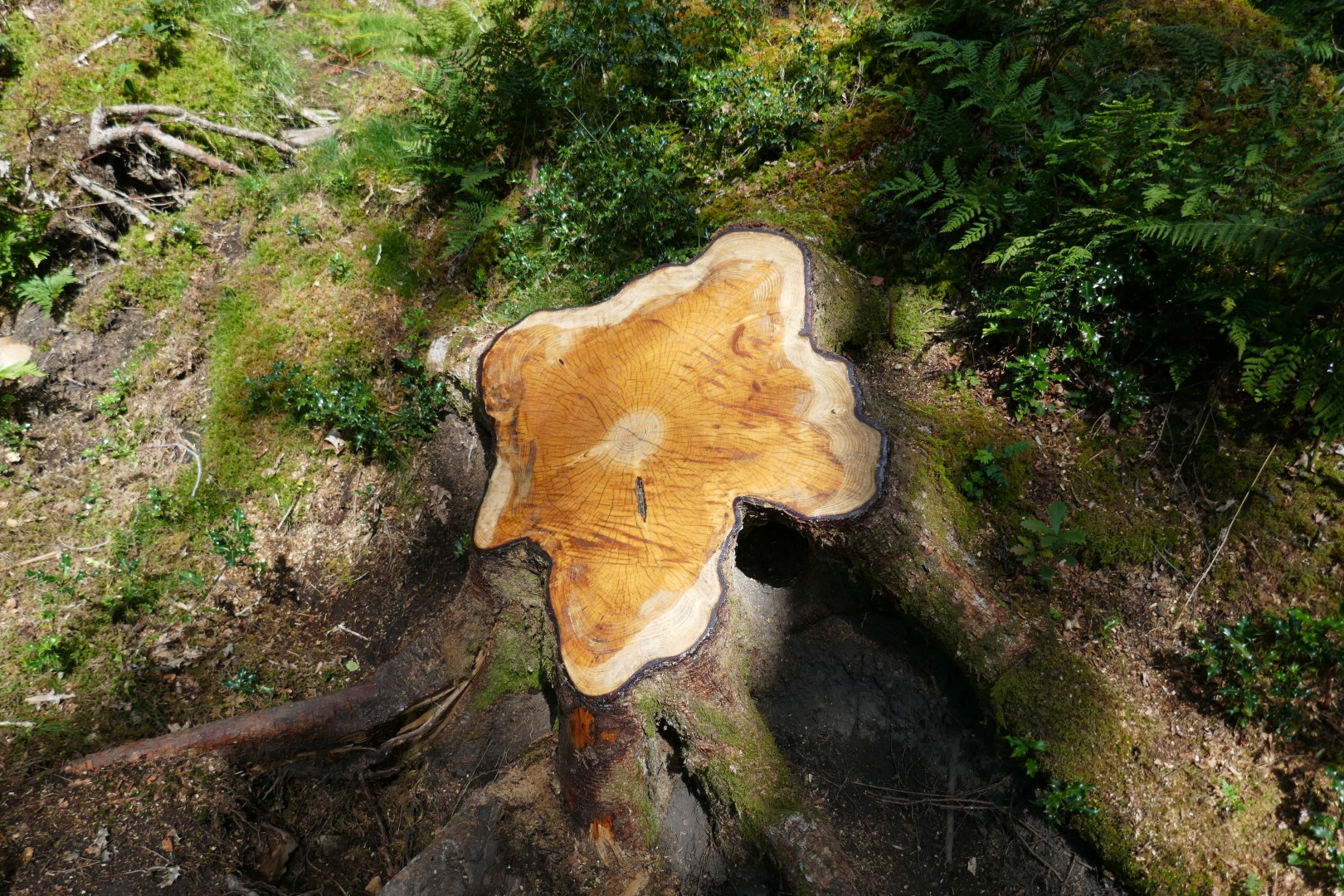 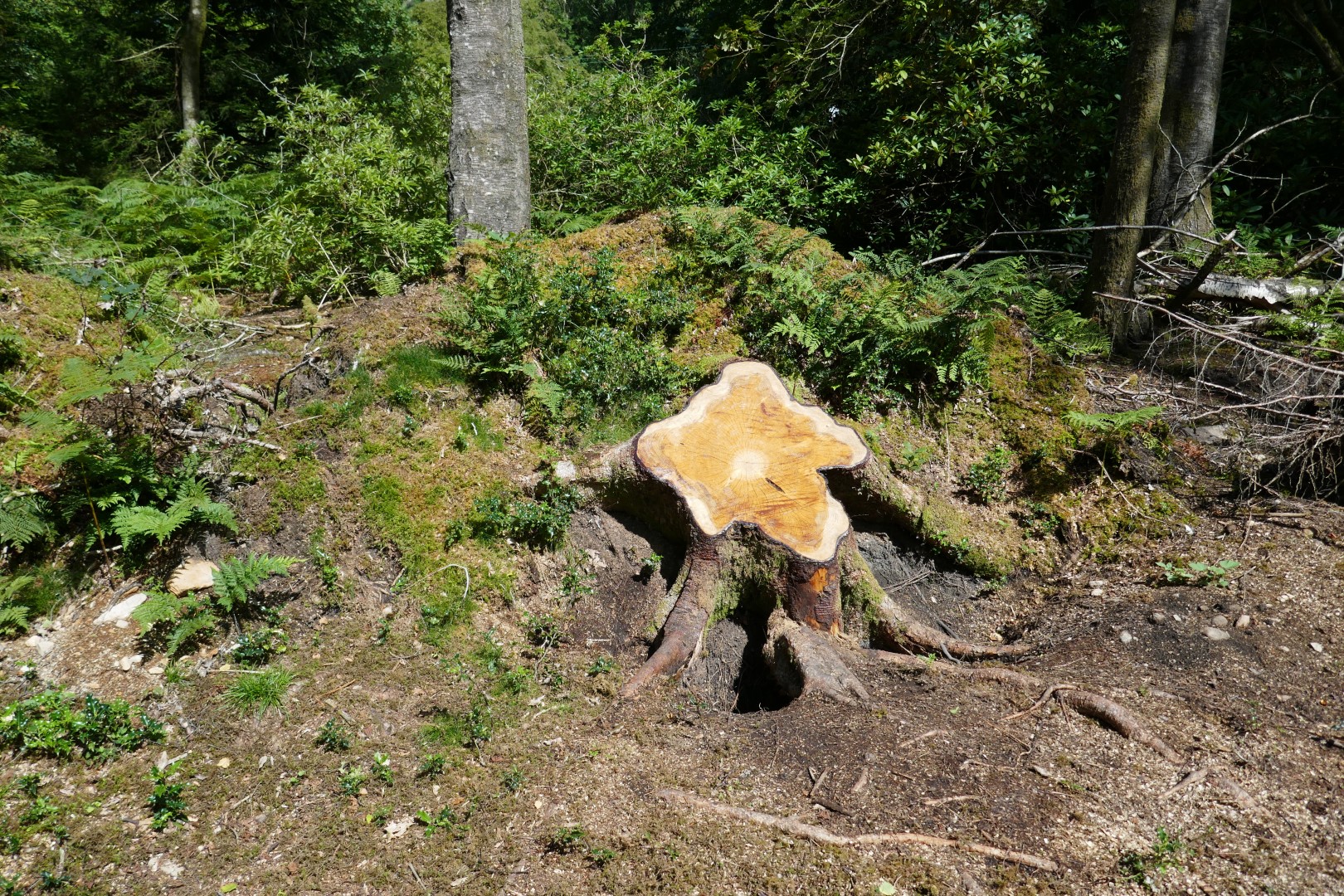 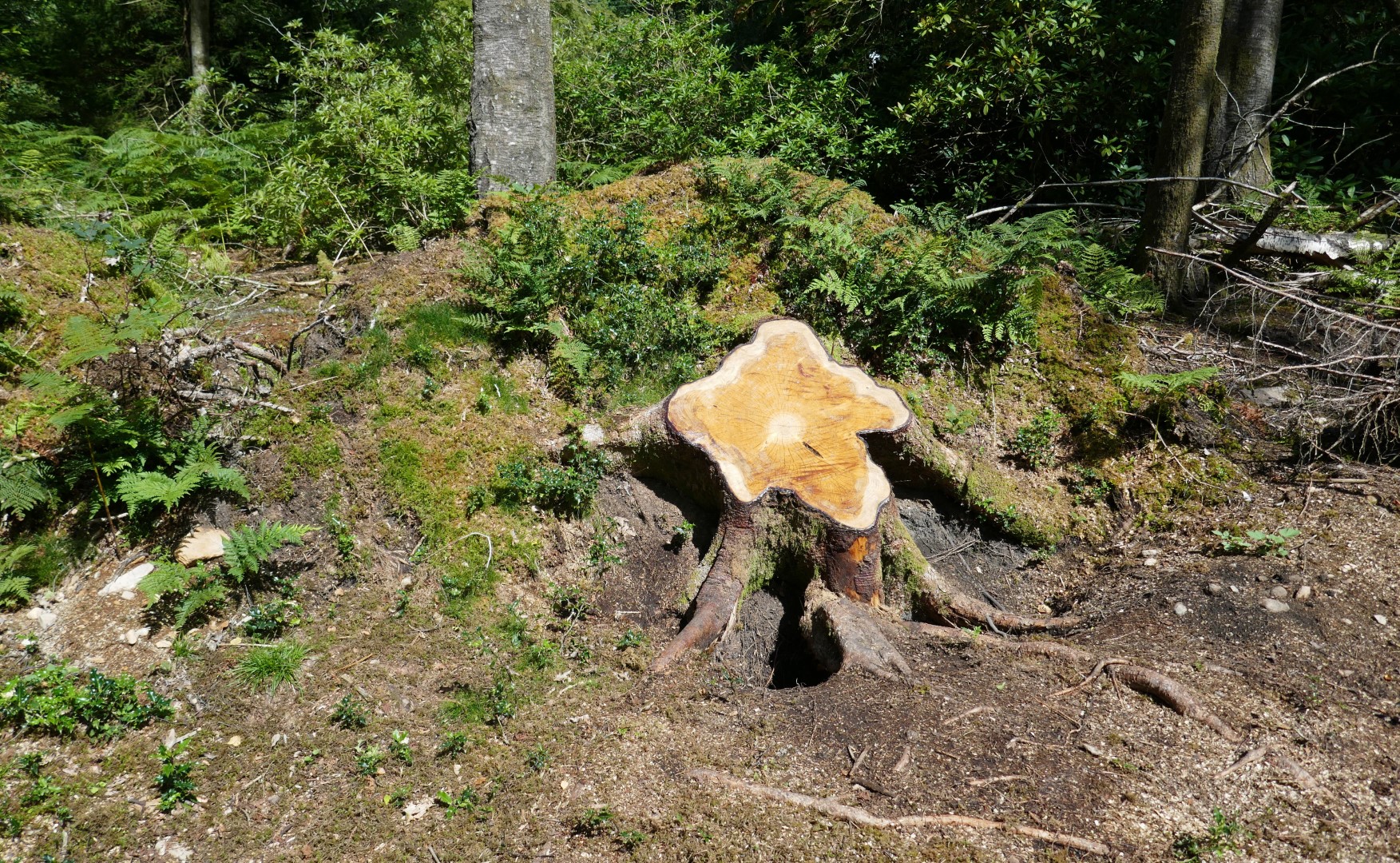